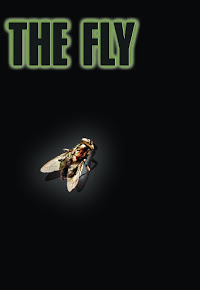 After last night’s Vice Presidential debate, a shocking 700,000 tweets and retweets (not fake news either) related to “The Fly. So we sent our investigative reporter Bob Cordwood to see what all the buzz was about. Bob caught up with The Fly at a Utah cafe.

BC: So Fly, how did you manage to get into the facility? I understand security was rather tight. Mind if I tape the interview?

Fly: No problemo. First off, my name is Sylvester, Sly the Fly, to my friends.  But you wouldn’t have known that because , to you, all flies are like peas in a pod, right.

BC: So sorry, Sly. This is my first interview with an actual fly.

S the F: Now where were we before I so rudely interrupted myself? Oh right. I’m not sure how I got in. It was like a whale heading for Alaska and making a wrong right turn at San Francisco Bay. So I’m inside this building innocently looking for a way out, which flies are wont to do, when I spot this shock of white like a still layer of foam on a polluted lake, so I sets down my landing gear—betcha ya didn’t know we have special landing gear—and land.

BC: I see. What happened next?

S the F: Well, it was like strange. Nothing happened. I realized pretty quickly it was a head of hair—I have an extensive CV for landing on heads of hair—and almost 100 percent of the time, I get shooed away. This time, nada, no movement. I look down and see the guy’s lips moving but the head or a swiping hand, zilch, like he was a robot or something. Really odd. Never seen nothing like it before.

BC: No indication he even felt you there as anyone would? People are quite sensitive around flies landing on them.

S the F: Tell me about it. I can’t tell you how often I’ve been to the flyropracter—my flybamacare covers it—to get my wings adjusted after getting swiped. But this guy is like the Sphinx. Just a lot of blah, blah, blah from his mouth, but no standard swatting reflex.

BC: So what did you do, pull up a beach chair and chill for a bit?

S the F: Ha. Good one.  But as a matter of fact, I did just rest a bit over two minutes, which breaks the World Fly non-Flying time record by almost a minute, by the way. Finally, not having my fly-phone with me, I got bored and took off. I coulda been there all night. Then after somehow finding my way around these plastic, I think you call them plexiglass screens, I found an open window and scrammed. Anyway, that’s my story and I’m stickin’ to it.

BC: Many thanks for your time, Sly the Fly.  Can I contact you for any follow-up questions?

S the F: Sure,  but I might not get back for a day or so. Fall’s a busy time for our species. Lots of roadkill, donchaknow. Gotta go Bob. Like my favorite tune goes,

Great tune. Always buzzing in my ear.  Hey, who was that bloke anyway?

S the F: I’ll remember that when I need another vacation. See ya. Take care, y’all.

Thanks to Bob Cordwood and Breakaway News for that most interesting report. This is a developing story as we’re sure to hear something nasty from the Veep’s boss, Donald J. Tweet (ha, ha).

As always we at Breakable News are committed to keep you misinformed with our certified fake news. And remember: We’re the only news source with nothing to gain and nothing to lose…not even a reputation.

Stephen, here again. The golfer guy from Vancouver who recently advised you to resign and turn the executive branch over to Mike Pence (although now I’m not so sure that Meek Mike could handle the job). I haven’t heard back from you, and, being Jewish, I was worried. Also wondering if you enjoyed the book I sent. That was the one I wrote called The Mindful Golfer (or did someone in the mail room shortstop it for themselves?). Anyway, given all the added stresses and strains of the virus, the press, the poll numbers, and the germ ridden White House, I’m wondering if you had a chance to consider my suggestion from my previous letter. This could be an ideal time for your resignation what with lovely golf weather ahead and the country opening up again, and consequently the potential for a surge in the virus. Seems to me you could effectively cut your losses and come out looking more and more like Lincoln.

Anywho, I don’t want to be a nudge but how about it? Makes a whole lot of sense to get out of Dodge while the gettin’ out is good. Think of it: No more press briefings with those nasty questions from CNN reporters, no more meeting with Tony Fauci who may well be a Chinese agent, no more mask wearing staff members who probably are making faces at you behind those masks, no more White House meals that are likely laced with Lysol, no more watching those traitors and government infiltrators at Fox News every night, no more Tweeting at 3 AM, and no more son in law running around like a chicken in a poultry plant pretending he’s Nostradamus.

Think of how life might be in retirement. My model is that 111 year old African American vet who when asked his secret to long life answered, “ I smoke about 12-14 cigars a day, drink good whiskey, and have a bowl of  Butter Pecan ice cream before bed every night.” He just died recently but I understand with a smile on his face , which, I understand, was not masked.

Anywhichway, I just thought I’d touch base and make another pitch for my most excellent suggestion, one of the GREATEST suggestions ever.  When you get a chance, let me know what you think….between you and I, of course. As you might say, “Let’s try it out. What have we got to lose?”

Oh, and be extra careful of that NASTY coronavirus. I heard it’s skulking about and creating quite a stir in the White House.

Please resign now as President and hand over the reins of your office to your veep Mike Pence. It makes sense. Polls indicate you will probably lose the next election by a considerable margin; your approval ratings are beginning to slip badly, the stock market is down; the economy is down and in recession, heading towards a depression; your business empire needs your full attention. And remember Nixon chose to resign to avoid the embarrassment of an impeachment conviction. You should resign, sir, if for no other reason than to avoid the embarrassment of a landslide defeat at the hands of the Democrats. Resignation will preserve your legacy at this point, avoiding any further smears. Think of it: you’ll have time to hone your golf game even more, build your businesses for enduring success, and be remembered as the President who did the right thing for America. With your grandchildren in tow, you can ease into older age, your memories as President and your reputation intact.

So please Mr. President, resign and put elections and Coronavirus briefings and the media and the tanking economy behind you. It’s the right, and honorable ,thing to do.

Thank you, sir, for your attention.