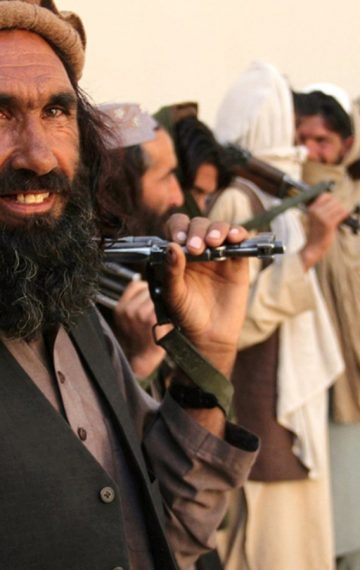 Ace Breakable News political analyst Phil Erup awakened from an extended snooze and filed this report. We at the News did a fact check and can verify that nothing herein is fact and all is certified conjecture, innuendo, and cheeky snark. But as a BN subscriber, it’s the news you’ve come to expect and love over the years.

The current Republican party would likely feel quite comfortable with a Taliban candidate vying against one of their moderate anti-Trump incumbents. After all, such a candidate would be anti-women, anti-mask, anti-vaccine, anti-abortion, and pro-Trump, since Trump negotiated the release of 5000 of Afghan Taliban prisoners and essentially gave that country back to the Taliban without much of any realistic conditions. Such a candidate would be in favor of Islamic Sharia Law which of course is in compliance with voter restriction laws now in place in many Republican controlled state legislatures, allows for defiance of congressional subpoenas if it knows those subpoenas would implicate them in the January 6th insurrection to overthrow the government (in fact, many of those mostly male rioters were dressed like Taliban!), and encourages white supremacy which subjugates any person of color or religion not in agreement with their own. Such a Taliban candidate would also condone the spying of one citizen against another, as is the case in any totalitarian country, and the arrest of citizens without due process. He or she would oppose any and all dissent or opposition to any leader or government different than their own which seems to be the platform of the current Trump-led Republican party, requiring total fealty to the supreme leader, leading to a return to Trump according to the current Republican agenda.

The Taliban candidate would welcome, as do current Republicans, a return to an America of Jim Crow segregation, of women back in their kitchens, of little control over industry and their polluting ways, of financial markets with their leanings towards the rich and powerful, and even towards terrorist groups, the most dangerous of which are internal to America itself, as the current Republicans seem to favor and support.

Gerrymandering, rigged one-party elections, voter intimidation, punitive immigration: the Taliban Republican candidate is in favor of all of the above, and then some.

And gun control? No problem there. The Taliban, like most Republicans, want absolutely no gun control or regulation. Not even a safety latch, nor a simple permit, like the obtuse bill just signed by the Texas Republican governor. The NRA I’m sure would give a 100% rating to a Taliban Republican primary candidate.

And of course a Taliban candidate would be fully behind the Big Lie, agreeing that Trump, who pathed the way for their return to power in Afghanistan, really did win the 2020 election and should be reinstated.

No Taliban candidates around just yet? No problem. If Trump or one of his surrogates wins the White House in ’24, he could well make a Taliban a U.S. citizen by executive order and nominate him (and yes, it will be a man) to the Supreme Court because, really, Sharia Law is not that much different from the way conservatives see the scales of justice. After all, the hanging of Emmett Till happened just a few short years ago.

And judging from the photo, they’ve got that phony politician smile down as well.

My new book, The Valley Spirit: Living a Tao-inspired Life is now out and available at Amazon. Here’s what one reader had to say as part of a customer Amazon review: “Mr Altschuler engages us with the most difficult yet profoundly simple human endeavor of living with awareness “when mind and body are in the same place at the same time.” With many years of experience in Zen, Taoism, and Tai Chi, he brought incisive clarity to areas where I was not even aware of the murkiness of my own understandings.”

Please check it out. 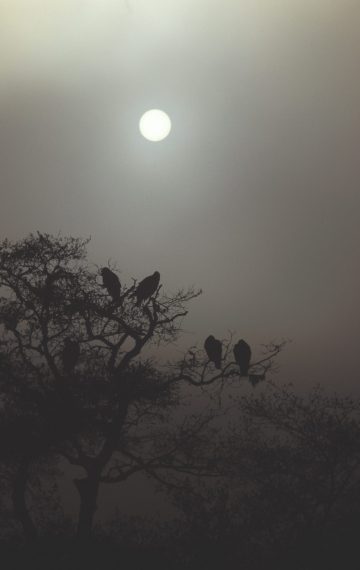 A farm reaps what it sows. So does a country.  So does Afghanistan. And so does the United States. The direction a country takes comes from past roots, and, as with a plant, if those roots have not been nourished and tended properly, a country can grow sick, weak, and often die. We’ve seen it happen with many countries and cultures throughout history. Greece, Rome, Nazi Germany, Czarist and Communist Russia, Vietnam, China, Fascist Spain, Italy, Portugal, and, Trump America.

The U.S. and its NATO allies have finally pulled out of Afghanistan. The Taliban have reconquered the country and are once again in charge. It is not the fault of any country except Afghanistan for that happening. President Obama poured 300,000 troops into that country in an attempt to bolster its military and its government in a monumental effort to strengthen and stabilize Afghanistan. Ultimately that effort failed, but Barack gets an A for trying. Even Trump gets a high mark for attempting to negotiate with the Taliban to bring some semblance of order to this chaotic country. And no one can blame Biden for wanting to exit this “forever war.” It was none of these presidents’ fault for the Taliban taking back control. The root causes lie in the history of this war-torn nation, which goes back to 1880 as a nation, but marks its origins to the Bronze Age some 5000 years ago. It was once known as central Asia’s roundabout, for its diverse trade routes leading in various directions. For that reason it was strategically important, and, so, fought over by many cultural groups for thousands of years. In the modern age, the Russians were the first foreign power to try and muscle its way into control of the many cultural groups that made up this country. They failed and were followed by the Brits who also failed, followed by the Americans in 2002, shortly after the 9/11 terrorist attacks in an attempt to root out Osama bin Laden and his al Queda terrorists who were responsible for 9/11. That invasion failed when bin Laden escaped, but for some reasons, the Americans stayed. But rather than concentrate on building a strong Afghanistan, President Bush took his eyes off the prize by shifting most of his efforts to his ill fated war on Iraq in 2003.

Are you still with me? It is complicated, isn’t it? But you can see how the radical-Islamic Taliban filled numerous vacuums over the years, and with financing from foreign interests like Iran were able to build a formidable military force and recruit thousands. And remember, the Taliban are Afghans, mostly from rural areas, and not some foreign power so they have much support within the country. Despite their brutal reputation for fundamentalist extremism, their consistent argument about driving foreigners out of their country is a powerful one.

Now, we and the rest of the “civilized” world look at that war weary country, lament its fate, and hold our collective heads in our collective hands, fearing the worst. The Taliban, with its harsh, medieval Sharia Law, has proven to be quite cruel after taking power in the past. But given its history, and the history of central Asia, that should be no surprise. What I can fault is the lack of planning for a calm transition/evacuation after allied troops were pulled out. Both Trump and Biden received poor advice and intelligence around the strength and intent of the Taliban once U.S. troops were removed. It took them all of nine days to conquer the entire country, throwing the populace into a panic. This showed a lack of competence and empathy on both presidents’ part–much expected of Trump but certainty not of Joe Biden. He should have known better and planned for a more orderly and timely evacuation.

Afghanistan now is sowing what it has reaped, and there isn’t much, other than weak words and ineffective economic sanctions the West can do about it. Its fate is in the hands of its people alone, as history has shown. And history has certainly shown how people can and do rise up and overthrow a government that is not acting in the country’s best interest.