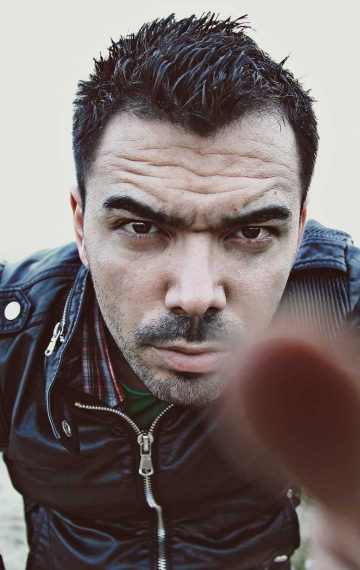 Death threats have no place in a representative democracy, which, despite the right wing attacks, we still have in America. Death threats are a tool of the mafia, of totalitarian regimes, of street gangs, of impulsive crimes of passion, of white supremacists, of Trump Republicans, and, because Trump has never spoken out directly against it and instigated the January 6 insurrection, Trump himself. There is a deep hatred, a deep anger, that permeates this country, that soaks to its bones, that floods its mental and moral basements and alleyways. There’s a rot when anger and hatred smolder for too long, causing a festering like an infected finger from too much nail bitting (of which I experienced as an anxious child).

In America, that rot has festered since 1619 when the first slaves were brought here from Africa. We as a country have made impressive physical progress since then but we have been woefully bereft of spiritual, moral, and emotional progress, as evidenced by the way we’ve treated those freed from slavery, Native Americans whose land we stole from and whose treaties we’ve habitually broken, and many other minorities who we’ve discriminated against and disempowered over the decades. We have sunk to a new low with the foul smell of a slur an Oregon father stained on a TV broadcast the Bidens were holding for children during Christmas. You’ve all read about it. I needn’t repeat the curse words disguised as a well known internet code for a despicable curse phrase against our legally and honorably elected President near the end of an otherwise sweet event.

Yes, we are a country capable of great philanthropy, of great charity, of great perseverance, of great perspicacity, indeed, of great love for our families, our neighbors, and our communities. If only we could concentrate and expand on those virtues and not be mired in uncontrolled gun ownership, drug dealing, gang warfare, white supremacy, conspiracy theories, right wing fantasies and mythologies, and…death threats against good, public servants, lately including, yes, doctors in hospitals who stand up to patients and their families who demand being given unproven, unapproved anti-virals for their Covid-infected relatives, governors who put into place mandatory mask and vaccine requirement to try to preserve public health, judges who rule against challenges to those mandates, nurses who support those mandates and common sense measures–front line nurses and health care workers who were once cheered publicly and openly by an adoring public–congresspeople who care deeply about this country and the welfare of its citizens.

Now we’re even hearing that Steve Bannon, advisor to Donald Trump, has a podcast called The War Room, and is advocating for civil war. Right. Civil war. He want to go back to a so called golden age where all people are not created equal, entitled to life, liberty, and the pursuit of happiness. No, that’s just for rich, whites who own property, just like the original constitution said. According to Bannon, Blacks, Jews, Hispanics, Muslims, etc, are all of an inferior race and are meant to serve people like him, like the slaveholders in the South used to say while perpetuating and rationalizing the practice of slavery for 250 years, and then Jim Crow-slavery for another 150 years. Steve Bannon is hater extraordinaire, trying to reinstall his boss and Godfather Don Donald, the hater supreme who runs the whole nasty enterprise. Cult leader Trump has not uttered a single word to discourage the death threats surely lodged mostly by his followers, some of those 89 million who once followed him on his now-banned Twitter feed.

To his credit, Trump has now endorsed Covid vaccines after his extended silence has killed thousands (of mostly his followers). Of course, he has political motives as well as he tries to take full credit for the vaccines. But that’s Trump being Trump so we’ll allow him that indulgence. In addition, Trump has said nothing to deter his buddy Bannon from essentially calling for a civil war. Trump would embrace the Devil himself if the Devil expressed a liking for Trump.

So America is in the grips of the likes of Steve Bannon, Mike Flynn, and Donald Trump and all his Republican minions who bow before him and kiss his ring. And the hatred, lies, and vitriol continue to project verbal vomit from his mouth. And many of his 89 million continue to believe his lies and emulate his angry and coarse ways and means.

But there is a solution to all this, you know. There is a way out, and a way back to a strong democracy the world honors, appreciates, and cooperates with. It’s to open the curtain and expose all these jokers as the weak incompetents that they are. Trump and Bannon are 12-year old bullies in older, adult bodies. And what’s the best way to deal with a bully? Anyone have an answer to that? Who among you has ever been bullied? I’ll bet quite a few. I have, and I’ll tell you it did no good to try to avoid them, to try to wish them away. The boy had a group of his cult members with him as he ordered me to hold the Junior High School door open for him every morning. One day, I didn’t and he hit me hard in the stomach with the others laughing behind him. It doubled me over as I struggled by my locker. At that point, another boy, a Black fellow I didn’t know came over and asked if I was OK, and told me he had my back. The next day I again did not hold the door open for the bully. And you know what? He never bothered me again. Bulliess are essentially weak and insecure.

That’s what we need to do with the likes of Trump and Bannon. Continue not to hold the figurative door open for them. Continue to do our jobs in the face of death threats and vicious fascist attacks on our Capitol. Continue to speak out against the voices of right wing extremism. Continue to oppose the hatred and anger and lies and false prophets.

We are a country founded on the principles of equality of all, of governance of the people, for the people, by the people, of a government that cares about its people. One person, one vote, encouraged, allowed, by law, by history, by destiny. Never forget who we are as Americans. Never cease to oppose those who want to redefine who we are to fit their distorted, self-serving, and, yes, evil minds.

Thank you for your attention, and if you have the inclination, please pass this post on to others.

In my ongoing efforts to spread some good news and perhaps lay out a blueprint for how society can live in more harmony each other and with our Earth, please check out my book, The Valley Spirit: Living a Tao-inspired Life, available at Amazon. Thanks.