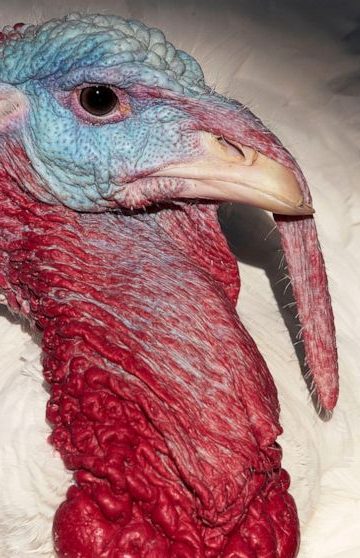 Breakable lucked into an interview recently with guess who? The President-unelect Donald J. Trump. Our sports correspondent Mike C.R.O. Weatherbee happened to be out looking for lost golf balls in the woods off Trump’s golf course in Virginia when His Concede-less happened along in his gasoline powered golf cart.

DJT: Sure,  I know you. You’re with that Breakable News that I think is on my side, but sometimes I wonder. Hop in the cart here.

MW: I’ve been wanting to ask you.  Many think you lost the election, but you say you’ve won. What’s up with that?

DJT: Pretty straight forward, Mike. As I’ve said all along from right after my inauguration four years ago, except for when I win, elections in this country are rigged, what with all the mail order ballots, and allowing people to vote without showing their birth certificates. I mean how do we know they’re Americans. Biggest fraud in the history of this great country. Whatever happened to elections that ended on Election Day. No more counting, period. Any mail order votes come in, they’re illegal. So I won, Big Time. Landslide. Get it. I’m still the President and that’s that. Besides, I’ve got Rudy in court as we speak. I instructed him to Ditch the Dye and go natural, like me.

MW: Isn’t that mail-in ballots, sir, and I believe you mailed one in yourself?

DJT: That’s nasty, Mike. Mail-in, mail order. What’s the difference? You’re either with me or you’re with me on this. Anymore questions? I’m a busy man. I’ve got nine more holes to play before dinner, and I never miss dinner. Hey, you know what we’re having tonight? The turkey I pardoned today. Ha! Ha! That’s off the record, mind you. If you publish that Mike, you’re fired!

MW: But I don’t work for you, Mr. President.

DJT: You do now. I’m making you Secretary of State. Put out your right hand and repeat after me.

DJT: Don’t “not sure” me, it’s official. I’ll get Mitch to fast-track it and I’ll tweet your appointment tonight. You like to travel? Lots of perks with this job. Your first mission is Russia. Give Putin anything he wants. Clear?

DJT: Gotta go, Breakable Mike. Get the hell off the cart. What the hell were you doing in those woods anyway? See you later for dinner and wear a frigging tie for God’s sake. Mitch’ll be there, and Miss Coney Island too, for the swearing in ceremony.

And there you have it faithful faithless readers. You heard it first here on these pages:  the up to the minute account of the goings on of our lamest of our lame duck presidents from our sports correspondent Mike CRO Weatherbee who is now apparently…the Secretary of State.!

Next week we’re hoping for an interview with Lying Mike Flynn, who was just given a full pardon by the president and appointed Chairman of the Senate Ethics Committee (which is hard to do because Flynn is not even a Senator, but Trump wrote an EO authorizing McConnell to change the rules which, we understand, Mitch gladly and dutifully did.)

And with that, we, at Breakable News, the news you always wanted to unsubscribe from but somehow forgot, wish you the happiest of happy Thanksgivings. And remember to not actually try to pass the gravy to your Uncle on the other side of the country on Zoom. That could get messy.