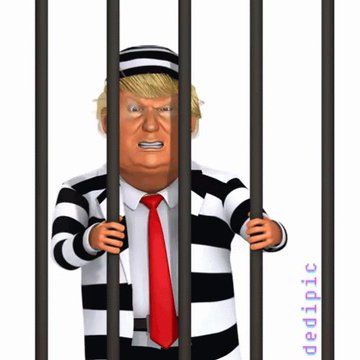 Civil War in America in the 2020s? Well…We’re not talking about a North versus South like war in the 1860s. There’s no chance of that, for sure. But we are talking about–and Republican Rep. Adam Kinzinger has warned us about a current national emergency to that effect in his interview with CNNs Wolf Blitzer–a series of violent episodes in a number of cities instigated by certain conservative leaders and billionaires as a kind of race war to scare suburbanites into voting Republican in the next election so as to return Republican majorities to the House and Senate thereby paving the way for Trump to run again in 2024. These race riots are indeed possible but, I believe, not probable. Why? Because we are a consumer society, so dependent upon the ability to shop that we base our very existence–soulless as it may be–on buying things, whether they be necessities or luxuries. And the pandemic has made this even more so, which has led to union-less Amazon growing into one of the most profitable companies of all time. So imagine if political violence in our streets led to the suspension of Amazon vans making deliveries to our doorsteps. Imagine if FedEx were faced with the same delays. And the USPS was unable to meet daily deliveries of mail with its social security checks, IRS rebates, business licenses and such, days, weeks, even months behind schedule.

There would still be the same political polarities as now but violence in the streets would not be tolerated by any of us–Trumpsters or liberals, QAnon-ers or pro vaxers–if we were not able to consume the way we are used to consuming. Like babies at their mother’s breast, we are happily addicted to such consumption and will not allow civil war violence in the streets to obstruct the engines of consumption, Trump or no Trump, Biden or no Biden, Pence or no Pence, Pelosi or no Pelosi, Cheney or no Cheney. All of those folks become irrelevant in the face of collective consumption, the one aspect of our society that binds us all together, that solidifies our needs and desires, that makes us one United States. Black, white, red, yellow, Jew, Christian, Moslem, young, old, middle aged, rich, poor, middle class, yes, even white supremacists: We all to a person consume every day of our lives. We eat. We play. We rest. And…we buy. And none of us can do without buying. It’s too ingrained in our heritage, our history, our national psyche.

The pandemic led to many jobs being lost. So why is it that we’ve set a new record for jobs gained? The reason is clear. People, all people, need money to buy things for their personal comfort, happiness, contentment, security, and survival. They may collect unemployment for a time but usually it’s not enough to fulfill our needs and wants. They may be making minimum wage for a time but often they decide they want and need more, so they get more schooling or training or self employment: anything to make more to get more. Buying a home or living in a nice apartment in a nice neighborhood? You can’t get those on unemployment or working at lousy wages with lousy benefits for a lousy boss who treats you like you know what.

So who’s going to tolerate or support rampant and indiscriminate violence breaking out in the streets, spawned by anti vax mandaters, or the Trump lie of a stolen election, or a mask mandate for school children? Trump Republicans? Progressives? Truckers in Canada? Youth? Aged? Blacks? Whites? Who? Such violence and what it will mean for ordinary citizens and their daily lives will hit home quickly as they see the economy grind to a halt, and all the delivery trucks come to a stop and brick and mortar companies close down.

Then perhaps the civil warriors will be exposed on the streets, like the king with no clothes, and rounded up, arrested, prosecuted, and jailed, along with those in authority who managed, encouraged, organized, and instigated them (as on January 6 in D.C.). Perhaps then some good might come from such civil disturbances, and we can finally wipe the slate clean of such destructive elements of our society, cleaning out the entire pipeline instead of just the muck in the drain.