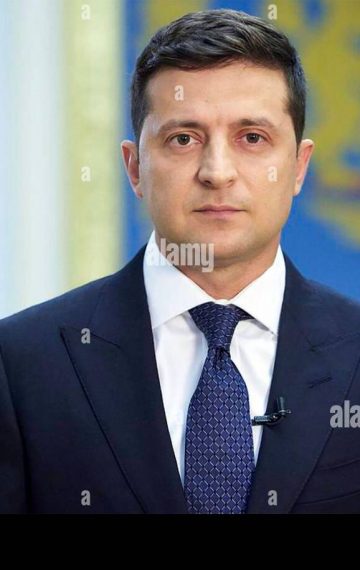 I’ve just seen the bodies of four members of a Ukrainian family, a father, a mother, and their two children, who were bombed into eternity as they attempted to flee their city which is under siege by Russian forces directed by their president Vladimir Putin. This was a deliberate attack by barbarians who target civilians indiscriminately and without cause as they were evacuating. This entire operation against a country that did not provoke such an invasion is an abomination against all decent, peace-loving people in this fragile world of ours. Barbarians in earlier centuries waged such war, ravaging and razing cities while murdering people just to acquire more territory and wealth and, yes, slaves. I thought we were done with such warring nations. But we obviously are not.

Putin must be stopped and stopped cold as he attempts to destroy a country, its people, and its culture. Ukraine’s President Zalensky calls on the West to establish a no-fly zone to challenge Russian war planes from bombing civilian targets. That is a good first step. But it is not enough. This is the time to directly challenge Putin and put an end to his warmongering. We failed to do this with Hitler, and we all know what followed: one of the worst genocides in history and a World War that destroyed the lives and cities of millions. I know the threat and even the possiblity of nuclear confrontation is real, making this different from war in the 1940s.

But, I’m sorry to say, it must be done. Nuclear bombs and missiles have been a deterence to world war up to now, and, I believe, will continue to deter competing nations from using them. Putin is mentally off the rails, but I don’t think he is that insane. His talk of putting his nuclear forces on high alert is a strategic ruse, and only that. I wrote a post a short while ago advocating for a Democracy Doctrine, and this seems to be an ideal time to put that doctrine into action. Why not! Russia is in the process of decimating the Democratic country of Ukraine. To see innocents being slaughtered is intolerable.

The West has the will and the way and the means to stop it, and stop it cold. Yes, it will widen the war, not into a world war, I believe, for there is not enough support from other countries to come to Russia’s aid as allies. Tactical nuclear weapons may or may not be employed by Russia in an act of desperation. And that will be met with a reciprocal response from the West. But the advantages of such a confrontation far outweigh the dangers. For if we do not stop Putin now, we will have a much harder time stopping him in the future when he regains economic stability and gathers military allies.

I am just one small voice, without expert credentials or experience in foreign affairs or a university professorship or chairmanship of an influential government committee. But I know, as I’m sure you do, wanton barbarianism when I see it. And I know, though I am a pacifist by nature, that the only thing that will stop such atrocities is brute force and the courage of a Lincoln, or an FDR, or a Churchill, and, yes, a Zelensky, a fellow Jewish landsman of the country of my grandparents.

I say, Onward! Stop this son of a bitch!