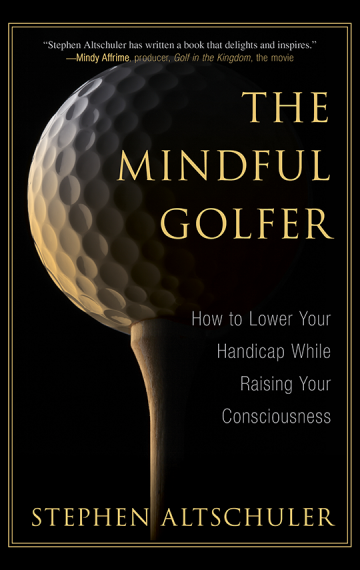 How to Lower Your Handicap
While Raising Your Consciousness

The great game of golf has endured for some 600 years, first in Scotland and now throughout the globe. I started playing in 1960 when Arnold Palmer was inspiring many youngsters like me to take up the game. I subsequently become a standout player for my championship high school team, and went to college on a golf scholarship. I continued to play recreationally, occasionally teaching the sport to adults and children in community education programs on the East Coast and in California. I also earned a masters in counseling and have worked in social service for some 40 years. In 1976, I became interested in Buddhist meditation, and have been a long time practitioner of Zen ever since.

This book is an amalgam of my experience and interest in golf, and my knowledge and practice of Buddhism and its principle techniques of meditation and mindfulness. Simply said, I use the tools of Zen to raise the game several notches on the ladder of consciousness and awareness. I cover the history of golf as well, discussing the state of the game, some of its more illustrious players, its glories, and its challenges. As most golfers, I’ve struggled with the sport but have come up with approaches from Eastern and Western traditions that present the game as a microcosm of life, offering a beacon to becoming a better person…and golfer.